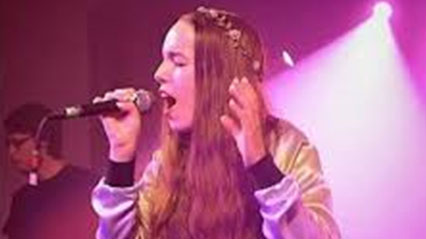 Beth’s in a spin over viral video

16 year old singing student Beth Swan was a bit reluctant to sing a classical song as pop music and musical theatre songs were her preference.

it took me about a year to persuade her that her voice would adapt to classical singing with ease. She eventually gave in and let me work with her on the classic Pie Jesu.

We made a video in my studio and Beth put it on youtube. days later she had over 100,000 views. you could say Beth now loves singing classical songs.